Exploration and loveliness in an elemental woodland

Review and information for Fe

Update: This review-in-progress is now a full review. Some text has been updated and it has been given a final score.

It’s a picturesque exploration game that feels like a poet’s idea of a 3D platformer, one that’s significantly classier and more subtle than the cartoonish efforts we’ve often seen in this genre.

And yet it also defies this genre categorization, incorporating elements from many different gaming cultures. Fe manages to pull together influences from cartoon platformers as well as from arty narrative games. It plays with stealth and RPG-like progressions to create an exploration into a fairy tale, where the tasks are fun and engaging, but they mean less than the stirring world around them.

Set in a dense woodland, Fe first presents itself as a Journey-esque game. Like Journey, it centers on a mysterious, whimsical character in a strange world. Weird hieroglyphs, giants and ruins abound. I commune with other creatures using sound and symbols. A mournful cello soundtrack grinds its sad song.

Then the game morphs into a fancy 3D platformer in which I bounce over rocks and swim through rivers and climb mountain ledges, looking for gems and upgrading my powers through quests and challenges. There are even little bomblike blob thingies that I can pick up and throw at obstacles.

Fe actively wants me to feel lost and confused

Unlike most 3D platform games, Fe refuses to grab me by the shoulders and point me in any particular direction. It doesn’t indicate what I ought to actually be doing. It just lets me wander around its pretty gardens. Frankly, the first few hours of the game can feel confusing and even frustrating, as I try to comprehend its inner workings.

But in those wanderings, I come to a creeping understanding: that Fe actively wants me to feel lost and confused. Yes, there are a map and mechanics in place to help me find my path, but I feel the game urging me to experience a sense of wonder in its pretty world — and a sense of apprehension and dread as well. I start to feel like Little Red Riding Hood, tripping on roots and falling into ditches.

Once I connect to this spirit of exploration, of looking and experiencing rather than merely conquering, the game gifts me with a sense of liberty. I’m soon cooing with pleasure as the world peels away its secrets.

Fe stars a creature who reminds me slightly of the scamp from the movie Lilo & Stitch. It’s a prickly little thing with no particular abilities, save for a great tolerance for falling from enormous heights. The beginning of the game suggests the critter has come here from another planet.

Our hero encounters other creatures. I sing to the creatures, and they become my friends. Sometimes they offer favors that open up new ways to overcome obstacles. Different creatures sing in different languages. I learn those symbolic languages along the way, unlocking new powers that unlock new parts of the map. Language acts as a puzzle mechanic, but it’s also important to the game’s unfolding story.

A constantly shifting landscape of color and shape

The forests are inhabited by fearsome robots that capture animals for dastardly ends. I do not fight them, at least not directly, but I can confound them with the help of other animals, or by liberal use of stealth. (In this world, my porcupine-like back is similar in appearance to a common bush.)

Pretty soon I can soar among treetops, glide from one rock face to another, ride the strong upward currents of strange flowers and cadge rides on the backs of eagles.

As I come across runes, gems and other fantasy paraphernalia, the world’s mysteries are uncovered. A narrative emerges. But it’s the world itself that provides the most pleasure, a constantly shifting landscape of color and shape that invites conquest of its heights and exploration of its depths. Its clever design obscures a fairly linear path by creating the illusion of freedom.

Larger missions come and go, generally involving the freeing of creatures who are at the mercy of the robots.

Yes, there are irritations. As is often the case with highly vertical 3D games, a wrong step sets me back, falling miles and miles to a place long since left behind. This can be frustrating, especially in later sections of the game, when multi-jump challenges spike and there’s an occasional challenge when pixel-perfect leaps are mandatory.

None of this takes away from a magical feeling, especially when I’m gliding through the world, making use of skills acquired along the war.

The world and its inhabitants come to feel as one. This is a fairy tale, grounded in the confidence of its own environment. I come to feel a bond with my surroundings, and with the beings I befriend along the way, a kind of kinship.

Fe is a magical, expansive and multi-hued world

They are designed to be wooed and to be loved, to be treated as individuals. I have no resistance to their charms. I become a part of the scenery, perhaps even part of the family — and this, perhaps, is the game’s great strength. It’s a fantasy that envelops me. Like the great trees that tower over this world, it entwines its roots and branches around me, squeezing out any thought of escape.

As the game reaches a grand finale, I’m left with the satisfying knowledge that there is still much to explore, winkling out hidden gems and secrets. It’s one of those games that works for those who are happy sticking to the main quest, as well as completionists who want to see and collect everything. Some of the gem-collection challenges take practice and patience, but they are not required to complete the game.

Fe is a magical, expansive and multi-hued world that creates a sense of marvel. Like a real-life walk in the woods, it is a thing of elemental beauty that demands to be inhaled and admired.

Our review of Fe 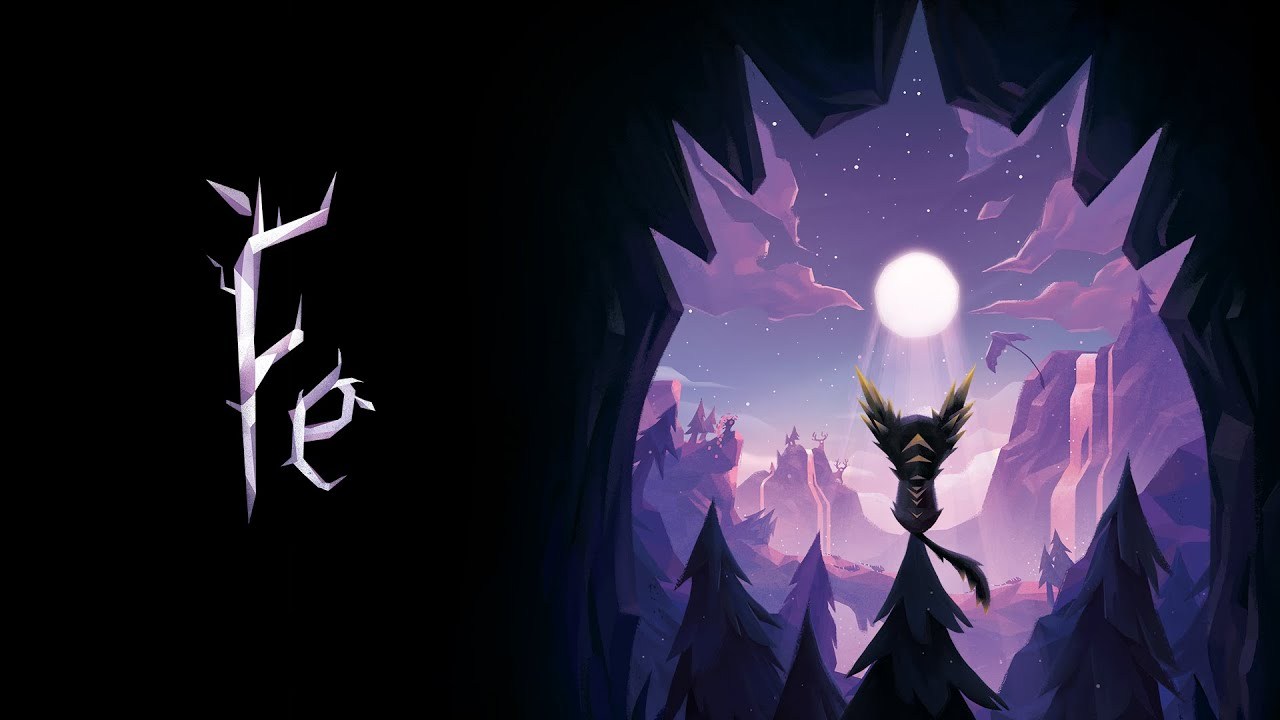