Share All sharing options for: How Master Chief’s iconic armor has changed over the last 19 years

Part of Welcome to Halovember ... Infinite

What does Master Chief wear in his downtime? Does he have downtime? All evidence points to no on that front, which means he’s probably often wearing his suit. And that’s sort of a hygiene problem, considering that Master Chief has been wearing the same suit for years — he upgraded from the Mjolnir Mark V to the Mjolnir Mark VI between Halo: Combat Evolved and Halo 2, and he’s been wearing that shit since. During cryosleep, he wore his suit for four years straight!

Of course, this isn’t to say that Master Chief doesn’t shower when he can. He does! In Halo: The Flood, a novel that takes place within Halo: Combat Evolved, there’s a section where Master Chief described his two-minute hot shower as “very good.” He wears, essentially, sweats when he’s in his room, and immediately grabs for his armor when asked to meet his boss.

“The Spartan frowned. He didn’t like to be separated from his armor,” it reads.

At the end of Halo 4, we see Master Chief removing his armor, and that definitely looks like a process — signifying that armor got more complex. I can’t imagine having to step into a machine to put that gear on and off again repeatedly. Might as well keep it on, especially if it’s your signature look.

All this is to say, Master Chief’s armor is iconic. Its appearance has changed over the years from Halo: Combat Evolved until Halo Infinite, but it’s largely been the same suit — just different artist renderings of it, ones that changed with the console generations and varying cultural themes. That’s why I want to look at each of Master Chief’s suit designs through the years, to dig into the details. To see how it’s evolved, if you will.

This isn’t the first armor Master Chief has ever worn, but it’s the style that’s defined his fashion sense. Master Chief, or should I say … John, has preferred an olive green suit. I like the classic design of Master Chief’s Mark V armor, but when I play Halo multiplayer, I much prefer something a bit brighter, like pink or yellow. I would keep Master Chief’s iconic gold visor though.

The most important thing you need to know about this armor, though, is that there’s a moisture absorbent layer, which probably acts as Master Chief’s underpants. The armor also has room for an AI. Hello, Cortana. (Note: Master Chief isn’t peeing into his suit — he’s probably catheterized, like Naomi-010, who explains it in the Halo: Grasslands book. The good thing about this knowledge is that Master Chief could be peeing at any moment in the Halo games.)

Master Chief wears the Mark VI armor for the next existing games — though it’s not the same exact suit. Visually, it always looks similar to the Mark V armor. It’s olive green with a gold or yellow shield. The flexible black armor underneath the green parts looks a lot more flexible, with more texture rendered into the suits. That’s likely a product of the graphics upgrades that comes with new games and new consoles.

Visually, though, Master Chief’s armor starts to become a little worse for wear in Halo 3. His armor gets a huge boo-boo, right on the chest plate, which carries over into Halo 4. However, Master Chief’s armor does change between Halo 3 and Halo 4, while Master Chief is in cryosleep for years — 343 Industries franchise development director Frank O’Connor said in an interview with Game Informer that Cortana used nanobot technology to repair the armor. (Notably, she did not repair the kaboom on the chest plate.) It’s actually a pretty drastic artistic change — goodbye, space diaper — but it’s still technically the same suit. The nanobot repairs are, however, how we’re supposed to account for the visual differences in design, it seems.

Anyway, the damage on Master Chief’s armor ends up being irrelevant — he gets a new, repaired suit for Halo 5: Guardians, because he got absolutely wrecked in Halo: Escalation, which is set between Halo 4 and Halo 5. The Didact nearly crushes Master Chief’s head and breaks his helmet. That’s presumably when he gets the second generation Mark VI armor, which again, has the same vibes and a similar design as in Halo 4, but, importantly, has a new crotch plate.

We don’t know much about Halo Infinite just yet, but what we do know is this: Master Chief’s got new armor — a third generation of Mjolnir armor. We see this when his helmet program boots up during the “Discover Hope” trailer that was shown at E3 2019. Visually, the armor actually looks a lot like the first generation of Mjolnir armor. It’s less textured and looks a bit more tank-like than the streamlined design from the last two games. The space diaper-like crotch plate is also back, with some noticeable upgrades. See for yourself with the slider below. 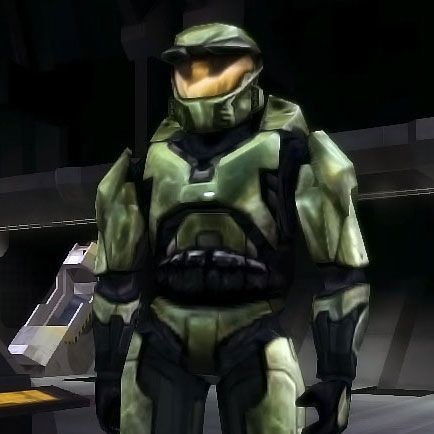 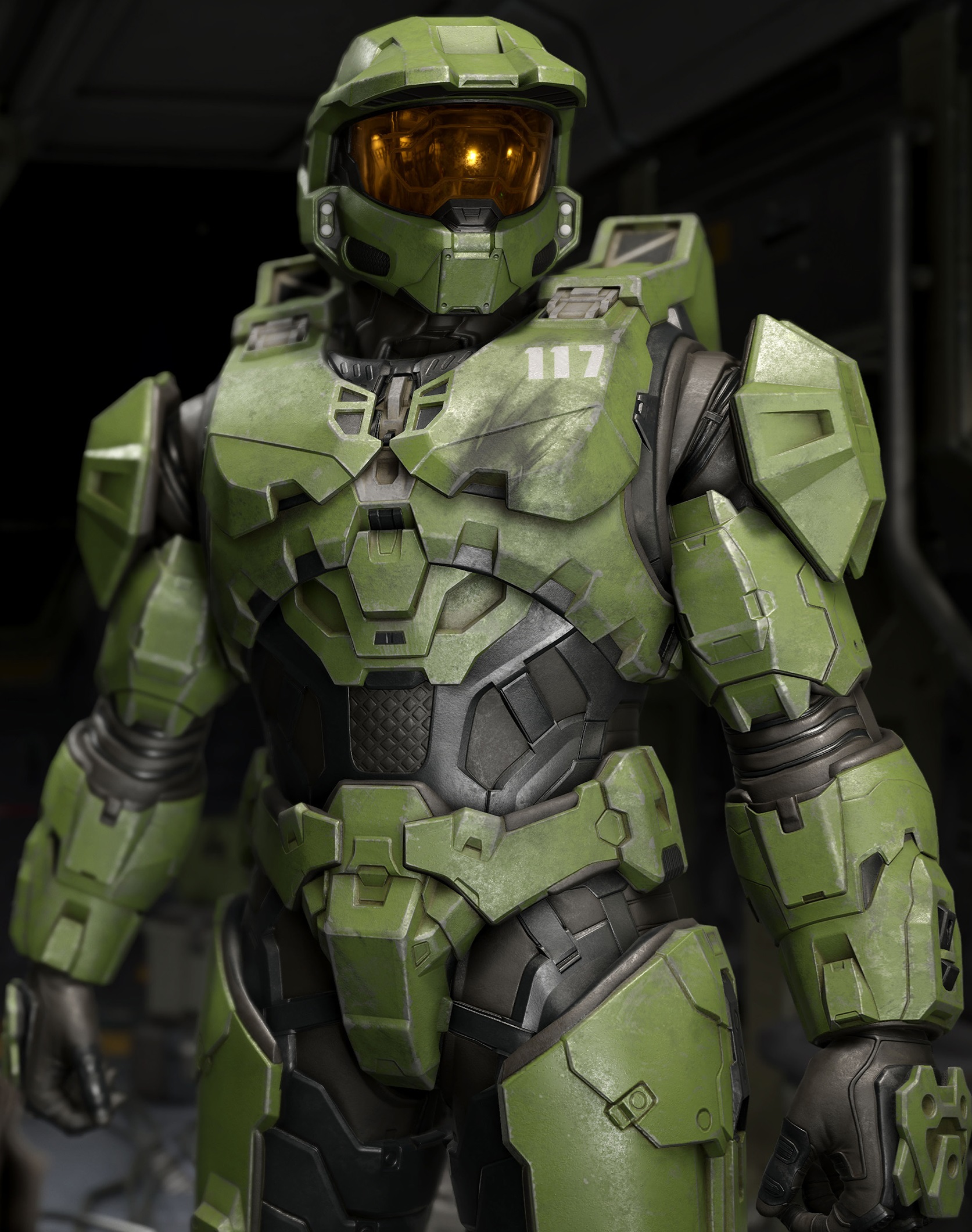 Of course, there is more to Master Chief’s new look in Halo Infinite than an enhanced crotch plate. He’s also got a grappling hook, and I’m sure there’s other useful functionality available in there, too. Unfortunately, Master Chief appears to have already damaged his armor when we meet him in the E3 2019 trailer, but I’m sure we’ll find out more about that eventually.

Either way, I’m sure John is excited to get back to his classic digs. Iconic, truly.