We track MachineGames' path from working at Starbreeze to forming a new studio to creating a new Wolfenstein.

In mid-2009, seven Starbreeze Studios veterans quit. After struggling through the cancelation of a Jason Bourne movie game tie-in, a long-in-development reboot of Electronic Arts' Syndicate and a team that had grown to over 100 people, they wanted a fresh start.

"We sort of grew into a situation at Starbreeze where we felt like we didn't have the opportunity to make really great games," says former art director Jens Matthies.

So they formed a new team, MachineGames, hoping to find the freedom and control that had slipped away.

By their admission, though, they wouldn't be able to make a game as seven people — or especially so as five, after Starbreeze and MachineGames Founder Magnus Högdahl left for personal reasons along with Technology Director Michael Wynne. For the kind of game they wanted to make, they would need funding so they could staff up for production. And that turned out to be much harder to find than they expected.

"It was extremely scary, and there was a lot of depression," says Matthies, now creative director at MachineGames. "Because we [didn't have enough money saved] to do this kind of thing, so we had to take pretty serious loans from the bank just to survive."

A year and a half later, it would pay off.

Up front, MachineGames had one advantage over many new independent developers looking for work: its track record.

Starbreeze had a rocky development history through its early years, but its Chronicles of Riddick games and The Darkness were critical darlings, with the first Riddick game — Escape from Butcher Bay — winning awards and often making lists of the best movie licensed games ever created.

Escape from Butcher Bay established a formula that Starbreeze would become known for — first-person shooters heavy on story, variety and violence, and light on multiplayer.

As a result, the MachineGames team had a head start getting its foot in the door with publishers, and had built processes to get production up to speed quickly. Initially, Matthies says, the team was confident as a result of what it has learned over the past 15 years.

"We've made so many mistakes over the years, so we know what not to do," he says.

When asked, Matthies says the list of what not to do is too large to detail comprehensively, but the first thing that sticks out is to make a game in the type of setting that will allow team members to implement the kinds of crazy ideas they have in their heads. 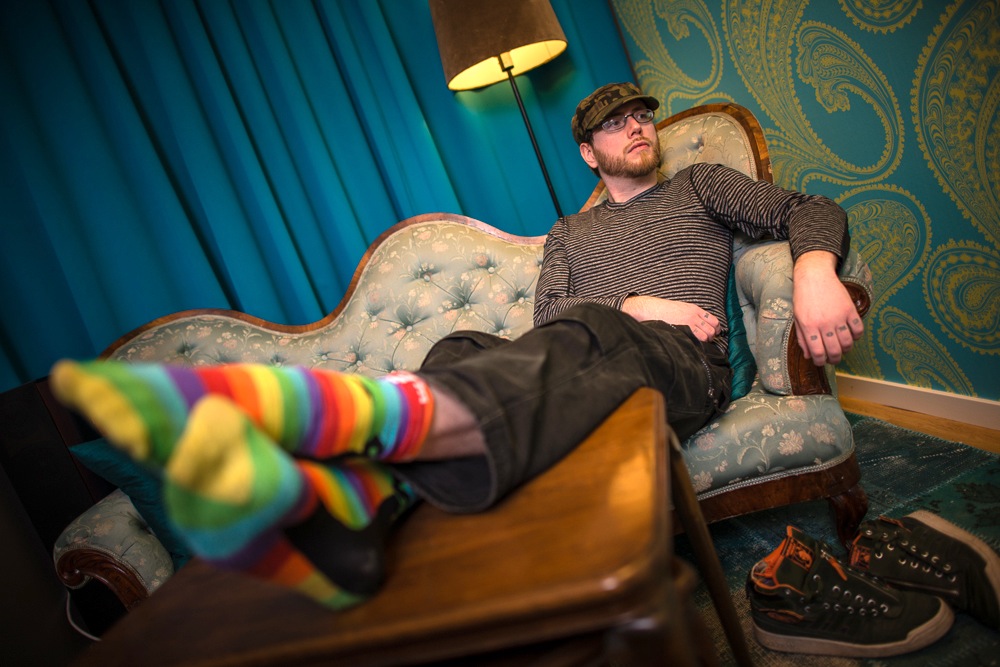 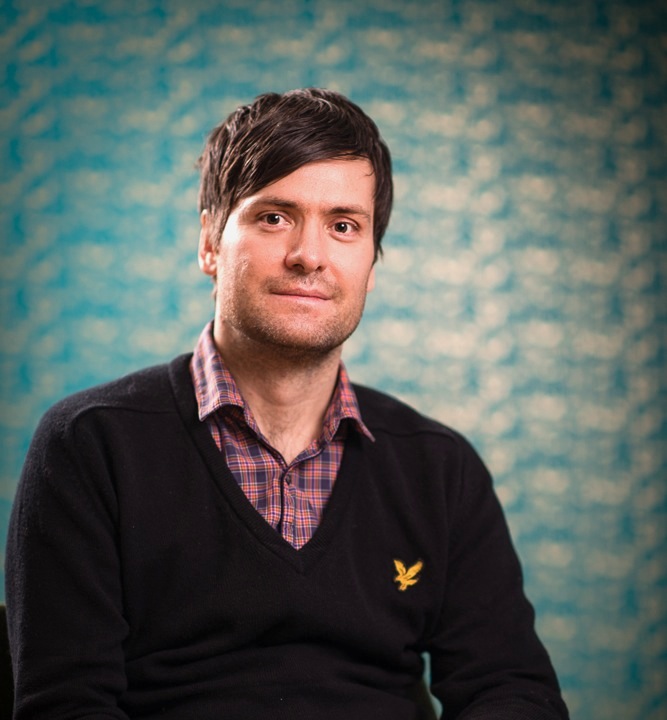 MachineGames Executive Producer Jerk Gustafsson adds that one of the main things he didn't want to do with the new company was grow so large that it would split the team's attention across multiple projects.

"It was very tough for us to move into two teams [at Starbreeze], and especially to get the focus divided between two projects at the same time, and also working with two publishers at the same time," says Gustafsson. "We weren't really prepared for that at Starbreeze, which caused a lot of problems for us."

With its ideals set in place, MachineGames went to work prototyping a number of game and game mechanic ideas, such as testing out "proper" hand designed camerawork for character discussion cut-scenes. Matthies says none of the prototypes made it far enough into production to get codenames, since the team was small in those days. "It was all sort of tests and concept art, ideas," he says, "and it was a very creative period, which is good when you have angst."

Unfortunately for the team, this period lasted longer than expected.

"There were two big challenges," says Matthies. "One of them was surviving, and one of them was to stay together as a unit. ... That was a long and scary period where we were trying to put a deal together that accomplishes what we want to accomplish ... while at the same time the clock is ticking, and your life is going down the drain," laughs Matthies.

Gustafsson and Matthies describe how they felt as a mixture of excitement and relief.

"We had some meetings [with Bethesda while we were] at Starbreeze, and we always liked those guys," says Gustafsson. "And when we listed the publishers that we wanted to work with when we started MachineGames, the name Bethesda was on the top of that list."

"When we found out they were leaving Starbreeze to start up their own thing, we were immediately interested in talking to them and working with them," says Bethesda Vice President of PR and Marketing Pete Hines.

One of the reasons Matthies was excited, he says, was because Bethesda views games more based on their overall concept rather than on a specific mechanic or "USP" (unique selling point). "You wouldn't believe the amount of requests we've gotten over the years to introduce bullet time in a game," he says. "Because that type of thing is what [publishers] would traditionally use as their marketing tool ... sometimes you have a game that's founded on something like that, so it really works. And sometimes it's just contrived, and ... you're just shoehorning something in there so the marketing department will be happy."

Following the acquisition, MachineGames began to hire. As a company policy Bethesda doesn't talk about specific employee numbers; at the time of publishing this story, 50 names show up under the MachineGames label on LinkedIn. Asked what percentage of those worked at Starbreeze initially, Gustafsson estimates 70%, adding that the company uses many contractors on top of its internal staff. Since his departure, former Starbreeze and MachineGames Founder Högdahl, for instance, has done contract work for the team.

In many ways, the Bethesda acquisition let the team achieve its goals — it paid for more comfortable jobs, it grew the team and it let the staff focus on one game: Another first-person shooter with an emphasis on story, variety and violence.

Early on going by the codename Tungsten (which was also one of the considered names for MachineGames itself), Wolfenstein: The New Order takes place in an alternate history 1960s where the Nazis won World War II. The player again takes the role of series icon BJ Blazkowicz, fighting Nazis, a robot dog and mechs using lasers and other crazy weapons — things Matthies points out wouldn't make sense in a less dramatic setting.

"I think you'll see in a lot of the marketing art that we're doing ... that we're playing up the kind of David versus Goliath stuff," says Hines. "Just this idea of like this almost insurmountable odds, the Nazi tech and the enemies that you're up against."

"It's really important to [id] that BJ is a hero, and not an anti-hero. And with our history of just making anti-heroes, it's a new thing."

As a licensed game, Wolfenstein wasn't specifically what MachineGames had in mind when founding the company. A report in 2011 suggested Starbreeze tried to make multiple original titles without success in the years the MachineGames staff was there, and in a December 2009 interview with Edge magazine, Gustafsson said that original games (or new "intellectual property," in industry language) were a focus for MachineGames.

"At Starbreeze we became really good at making games from other intellectual properties, and we would consider such an option at MachineGames as well," he said, "but our main goal is to develop our own IP."

Matthies in 2013 takes a different perspective. "[Making a new intellectual property] was never the goal," he says. "That's always been a challenge for the whole industry, and that's not what's important to us. Whenever we start making a game, it becomes our own IP. So it's not like we would love a game more or less if it was our own IP or not." 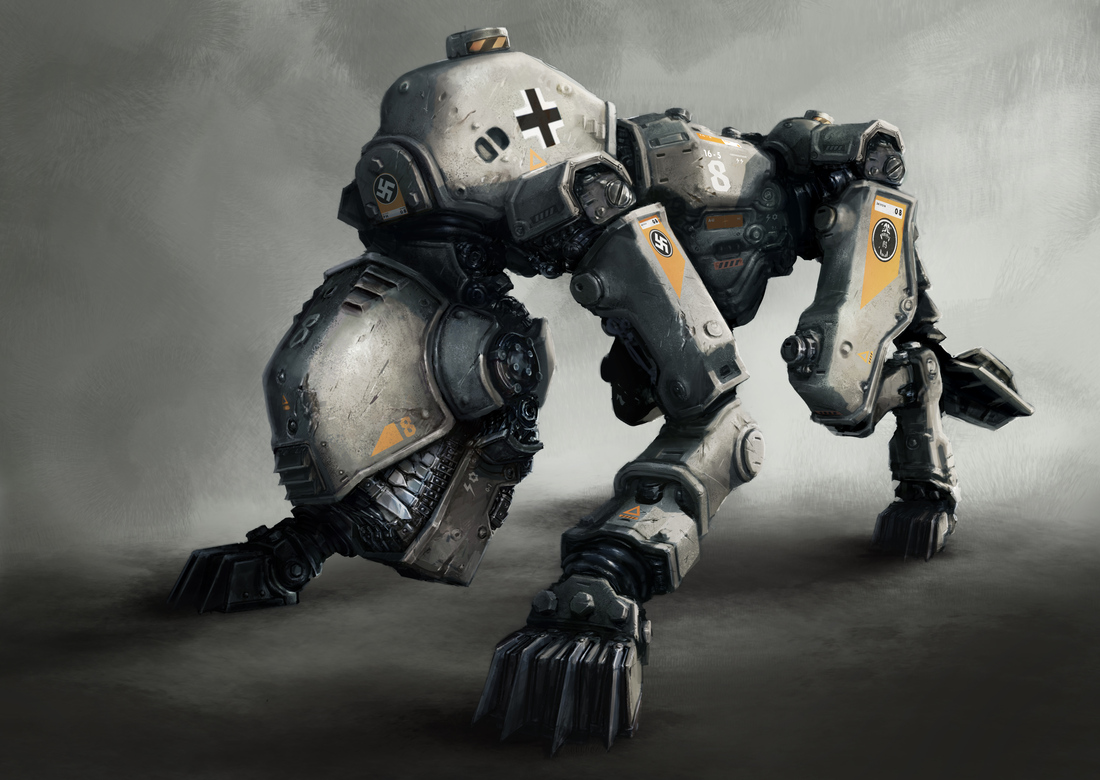 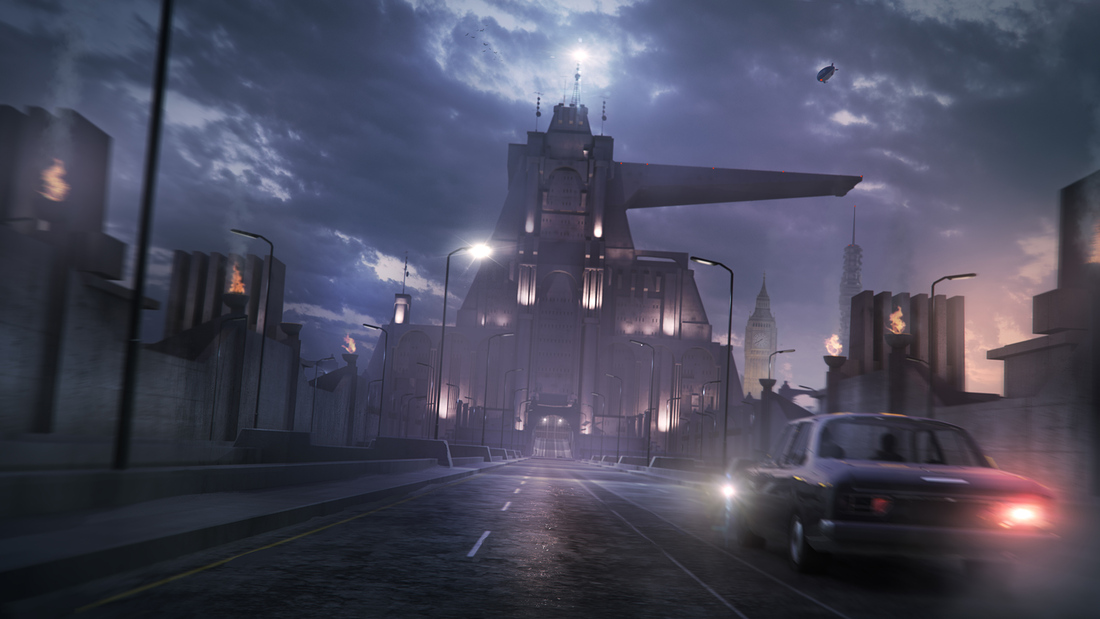 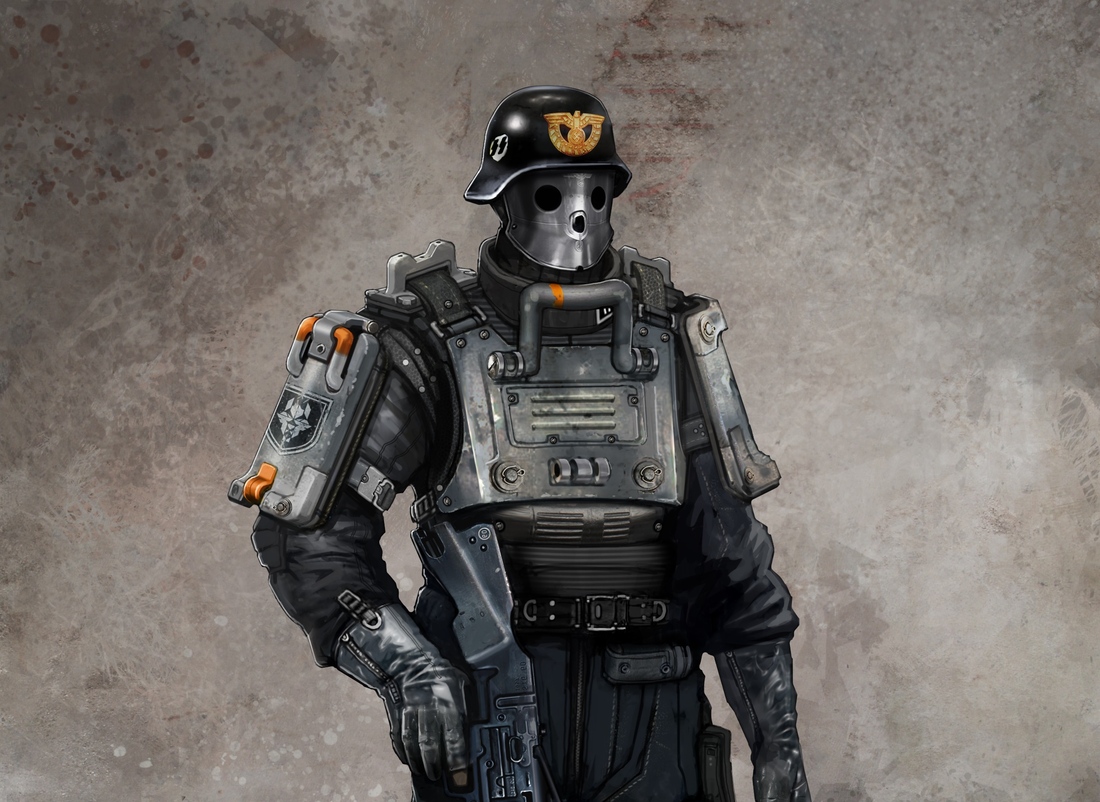 "It's really important to [id] that BJ is a hero, and not an anti-hero," says Matthies, noting that id staff members don't have sign-offs on MachineGames' work, though he doesn't want to upset them. "And with our history of just making anti-heroes, it's a new thing. 'Yeah, you're right. He is a hero.' And you're sort of switching into a different mindset on how you treat that character."

Hines says MachineGames was excited to put a new spin on the franchise, and in the early days produced a "tone video" showing various images and video clips to get across its vision, which consisted of footage of Nazis reaching the moon and dropping a nuclear bomb on New York. Hines was impressed enough that he suggested Bethesda use that video as inspiration for the game's Electronic Entertainment Expo trailer that went live last week, revisiting those scenes and adding others.

"I saw that and we started talking about what we wanted to do, and I said, 'I just want to do a better, more polished video of that video that MachineGames did,'" he says.

With the game now in its marketing campaign and close to finished, The New Order is one of a number of cross-generation titles being developed for Xbox 360, PlayStation 3, PC, Xbox One and PlayStation 4, though Matthies can't say whether MachineGames is making all of them in house, suggesting that there may be an external studio or studios working on a select version or versions of the game.

But Matthies says that MachineGames feels as stable as it's ever been, with few distractions and the amount of time and staff necessary to make the kind of games it wants. Wolfenstein: The New Order is scheduled for release later this year.