Control review: a technical marvel, and an artistic achievement

Behold, one of 2019’s best and weirdest games

Share All sharing options for: Control review: a technical marvel, and an artistic achievement

Control’s story and characters challenge, confuse, and intrigue me from its literal first minute.

The game’s uncanny manipulation of light, shadows, and reflections astounds me. Its dialogue sometimes feels odd and stilted — particularly at the beginning — but I understand the utility of that approach the more I play. Everything in Control is deliberate, but it takes a long time for it to explain itself and its reasoning. Being lost is a feature, not a bug.

But I’m in good hands. Developer Remedy Entertainment is fully committed to its pulpy, surreal premise, and Control is as much a technical marvel as an artistic achievement.

Whatever walked there walked with plenty of company

Control begins as its heroine, Jesse Faden, walks into a functionally invisible skyscraper in New York City. Things go pear-shaped as soon as she crosses its threshold, and she’s just as puzzled as I am. I know that because she’s already narrating her actions as part of a mental conversation she’s having with … someone. Or something. Or possibly me?

Polygon Recommends is our way of endorsing our favorite games, movies, TV shows, comics, tabletop books, and entertainment experiences. When we award the Polygon Recommends badge, it’s because we believe the recipient is uniquely thought-provoking, entertaining, inventive, or fun — and worth fitting into your schedule. If you want curated lists of our favorite media, check out What to Play and What to Watch.

Weirdness runs like rebar throughout the building, which is really a world-within-a-world called the Oldest House. It is also the headquarters of the Federal Bureau of Control, a U.S. agency focused on researching and understanding the “paranatural.” This is a universe in which alternate realities bleed past their margins, the astral plane is a real (and very pretty) place you can visit, and everyday objects like floppy disks carry psychic weight to siphon for power.

The Oldest House is like a conduit for the supernatural, and Jesse and I — that’s how I think of us, as a team — are compelled to demystify its inner workings. It’s a large job in an impossibly large building. As we travel further, the mystery deepens and everything becomes more bizarre before even hinting at becoming understandable.

The Oldest House is a character without a speaking role but with plenty of agency. It’s designed in the imposing exposed concrete of Brutalist architecture. That concrete, with so many 90-degree angles, should be boring, but the Finnish developers at Remedy make it fascinating. Somewhere in the stew of fluorescent lighting and soul-deadening desks, filing cabinets, and office supplies, beauty sprouts. This is what it would look and feel like if the Ghostbusters were a bureaucracy that planted a cubicle farm in the most haunted house it could find.

Nothing about the environment should be attractive, and certainly not beautiful, but even the smallest details seem to hum with secret purpose and life.

Exploration of the seemingly mundane offices pays off, because there are items to find everywhere. At first, I’m intrigued. The often heavily redacted documents I discover and read add to the mystery instead of explaining it — my sidearm used to be what?! — but sometimes all of the reading feels too much like homework.

Or maybe that was its own head fake. Doing my homework pays off when objects and people I’ve read about for days or known about for years reappear dozens of hours later. They’re more than busywork. They’re Control’s narrative support beams.

Remedy knows how to create an elaborate, internally consistent world perhaps better than any other developer, and its ability to do so with a light dusting of sparse details mixed with the courage to withhold answers for an uncomfortably long time is one of its best tricks. There is a reward for that risk, delightful surprises for making sure that the studio is showing and telling.

Control is more than an imposing office building simulator filled with fluttering paperwork.

Very early on, Jesse and I pick up our Service Weapon, which is a powerful tool that only the Bureau’s director can use. I know this because Jesse knows this, and Jesse knows this because the last director pretty clearly used the weapon to kill himself, and he seems to be speaking to us through the bullet lodged in his brain.

The weapon is effectively a pistol at first, but we learn how to transform it into arcane versions of standard video game firearms like a shotgun, grenade launcher, and more. The “gun” doesn’t have bullets, and we never have to reload. As long as we can avoid pulling the trigger for a few seconds, it will always refill (reform? rebuild?) itself with ammo.

Those pauses between clips are an effective incentive to use the other half of Jesse’s offensive capabilities, which are just as trippy as her Service Weapon. The first, a Force-like power called Launch, allows us to telekinetically hurl objects at enemies. It’s easy to use and easy to forget, so I only remember to use it when I can’t shoot. At first.

But Launch — which smartly ditches the precision of aiming a gun and instead locks onto enemy targets — quickly becomes my primary method of attack and the focus of my skill upgrades. The ability also plugs us into our environment. Everything we pull toward our raised right hand is an interactive part of the world, whether we’re picking up items like filing cabinets or, when those aren’t available, literally yanking chunks of cement out of the walls and floors. And those objects are as deadly as bullets. There is no greater satisfaction in Control’s combat than putting a bad guy between the objects that we’re manipulating with our minds and another enemy, braining him from behind, and then launching the still-flying makeshift projectile at his buddy’s face.

The number of physical objects that fly through the air during these battles and the way in which they interact with each other is one of Control’s most impressive technical achievements. But again, it’s not just a pretty effect. Watching a fire extinguisher rip through an enemy and collide with a desk whose papers explode, scatter, and flutter down to the ground around us as we continue to fight has a secondary purpose: It makes the absurdity of Control believable.

I upgrade abilities just like I upgrade our gun, and our new powers become indispensable. It’s unfailingly fun to fire my gun to empty, toss fax machines at shields, and tear out some nearby concrete for a killing blow. The world is mine to manipulate and disassemble, and I always do.

My sidearm used to be what?!

The word “power” is a leitmotif in Control, and rooms often look like what you’d expect from the aftermath of using that incredible amount of power to batter your enemies. Everything is either smashed or still in the process of floating back down to the ground. The combat is bombastic and satisfying, and I am capable of creating beautiful mayhem from the first hours of the game. And I only gain access to more power from there.

Control’s most glaring flaw — the one that caused me to get frustrated and spook the dog a few times — is its inconsistent health bar. We can crouch behind cover, but it’s nowhere near as safe as a bona fide cover system. Control attempts to mitigate that with a skill, but too often the moment between having a large amount of health and being wiped out feels impossibly quick. We often died from an attack that felt like it came from nowhere. Being cautious almost always pays off, but Control’s movement options, offensive capabilities, and environments don’t always support that strategy as well as I would like.

Remedy has always been an atmospheric and visual powerhouse, but Control on Windows PC is packed with a surprising amount of technology — as long as you’re playing on a GeForce RTX graphics card.

Control isn’t the first game to use ray tracing, the budding technology that promises to bring ever more realistic lighting to video games, but it’s the first game I’ve seen to demonstrate its artistic potential.

Real-time ray tracing, and what it means for video games, explained

While great graphics can’t make a bad game good, they can make a game better at the margins. I played Control on a Polygon-provided gaming PC with an Nvidia GeForce RTX 2080, and the lighting effects helped turn surreality into reality. Walking past panes of transparent glass only to see perfectly rendered reflections of the environment behind me was stunning, and I kept finding new areas and new uses of the technology that made me stop and gawk at the visuals. Control remains an impressive game on consoles and modest PC hardware, but it’s also one of the best showpieces for ray tracing that Nvidia could have hoped for. I have no doubt it will sell video cards. 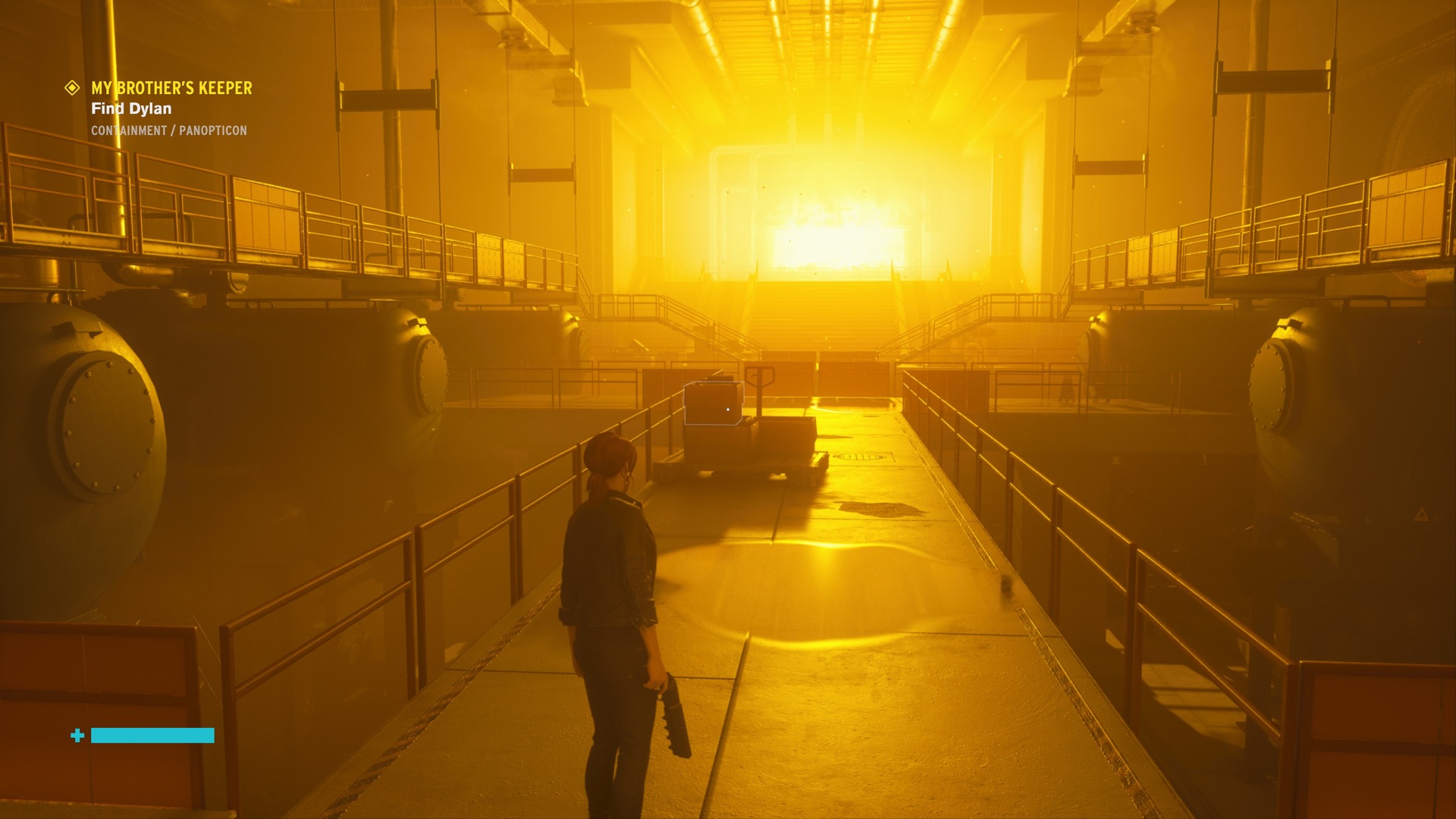 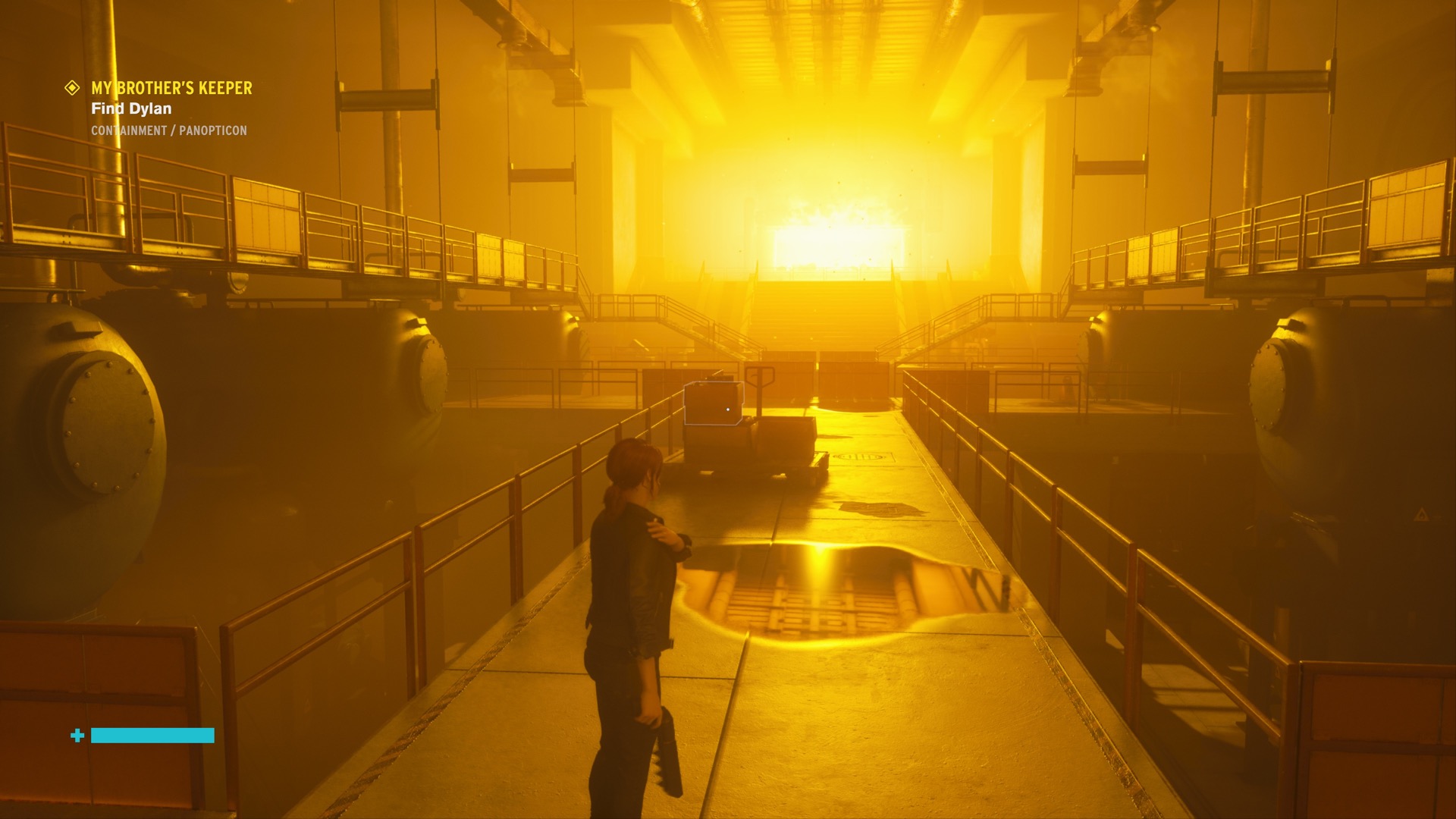 Control’s dizzying, hallucinatory visuals exist in service of an experience that remains exciting from its opening hours until the credits roll and, without spoiling anything, that ending goes to amazing — and confusing! — places. So many games, movies, and TV shows that are this obviously inspired by David Lynch or Stephen King fall into the trap of providing too much atmosphere while failing to deliver the story or payoff necessary to make it all feel like it was worth it.

Control does not suffer from that problem, and I can’t wait until more of you are able to play it so we can discuss the answers that it gives and the questions that it poses at the end. I can’t separate Control’s deliberate oddities from its beauty or from its characters, and that’s what makes it so easy to recommend. This is one of the best games of the year.

Control will be released Aug. 27 on PlayStation 4, Windows PC, and Xbox One. The game was reviewed using final “retail” Windows PC download codes provided by 505 Games. You can find additional information about Polygon’s ethics policy here.

Vox Media has affiliate partnerships. These do not influence editorial content, though Vox Media may earn commissions for products purchased via affiliate links. For more information, see our ethics policy.