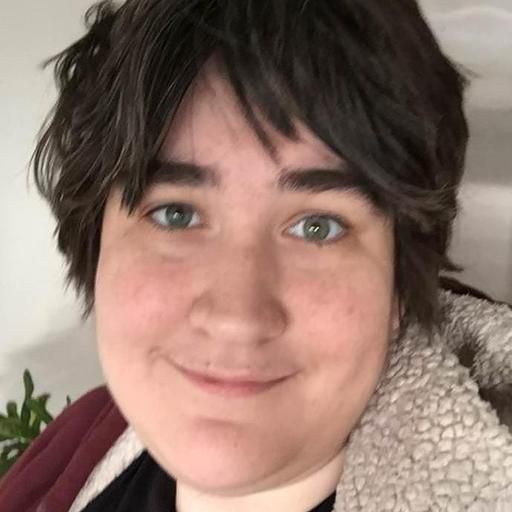 Cass Marshall focuses on the human stories that emerge from the wild world of online gaming. Sometimes that's a deep dive on an obscure MMO culture, and other times they write about a big horse that no one likes. They are a volunteer staff member on the Grand Theft Auto RP community New Day; this affiliation will be disclosed in any content that relates to GTA Online roleplay, and they will not cover any content they directly plan on the server. They live in Toronto with their husband and their two rescue cats.

no, that would be meta-gaming and would be a terrible crime prohibited by the server rules

I’d recommend putting everything on very easy when you first start, and don’t be afraid to google tutorials if you ever have a question. I don’t think it’s particularly difficult to pick up but it is DENSE.

Ah, no, I was referring to Ysera (aids adventurers in the Nightmare against Xavius), Vol’jin (who may be a loa and is certainly some kind of ghost) and Varian (spirit vision where he transfers Shalamayne to Anduin)

As for the Shadowlands themselves and the Arbiter, I’m sure I’ll be covering those topics more as information is unveiled, just like I did a separate Maw primer a while back

Thank you for the comment! I appreciate it and this is corrected.

Oh yeah it’s a big problem, I wrote a few super 101 guides that are meant to be super accessible – hopefully they help, and more are on the way!

Lightforged Draenei can return to the Vindicaar at any time and its hanging outside Azeroth. Also one of their racials invokes the Vindicaar, so I’m pretty sure it’s still there even post-BFA

Canonically, the players have only died twice: once at Icecrown Citadel and once at Argus. (Excluding Forsaken and Death Knights, they have a higher tally.) Demon Hunters also have an "immortal demon soul", so they can die infinitely in canon.

That being said the spirit healers are canon to some degree and it seems like they’re there for people who perish "before their time", which is vague, but that’s the closest to an in-universe explanation we’ll get

Thank you! This has been corrected.

Thanks so much – comments like this are super helpful as I prepare more Warframe guide coverage, it’s good to know what people think is missing and what they want to add

When I spoke to Kevin Martens in March about Patch 8.2, I asked if we would see additional Warfronts and Island Expeditions in Battle for Azeroth. He said yes. Of course, game development is always subject to changes, and we don’t have details, but as far as we know at the moment Blizzard have not changed course on Warfronts. (/2019/3/29/18284833/battle-for-azeroth-endgame-patch-8-2)

In the novel Before the Storm, Anduin Wrynn introduces his war council to Alonsus Faol, former hero of the Alliance who is currently undead. Greymane flips his shit. Later in the book he admits he may be wrong, but I don’t buy he changed an extreme attitude years in the making so fast. Greymane built a wall and isolated his people for like, a decade! Dude’s stubborn.

commented on The World of Warcraft conspiracy Blizzard doesn’t want you to know about, Jun 14, 2019, 1:54pm EDT

When there’s an icon that has a little arrow with an x in it, press backspace. That’ll get you out of it.

Thank you, this has been corrected!

you GOTTA get the time-exclusive furniture!!!

The whole comic series is astonishingly dark, even for a zombie title, and honestly worth a read.

Yes, thank you for clarifying!

"Peel" is a term used for protecting damage or support healers. When the enemy dives in on them, the ally "peels" them off via mechanics like crowd control.

commented on We’ve played Ashe, and we have a list of first impressions from Heroes Never Die, Nov 3, 2018, 5:05pm EDT

Hey, thanks for the suggestion! I’ll check those out!

I think if the rest of BFA’s end-game was in a fantastic state, raiding wouldn’t feel so bad right now. As it is, Warfronts and Island Expeditions aren’t worth the time, and World Quests by design don’t take up a lot of time. Mythic+ and Raiding should be picking up the slack there, in theory, but when there’s only one raid wing with three bosses that’s not much.

(I’ve also noticed that everyone seems REALLY ANGRY in raid groups, but that could be bad luck on my part combined with new content and mechanics that require communication and work on fights like MOTHER). We also don’t know what’s coming next for raiding, meaning that it has way more pressure on it as an end-game activity as the rest of BFA struggles, but it isn’t serving up enough content.

These are all fair points, though! Raiding will come up again in future; that content certainly isn’t done unfolding and developing.

They’re meant to be a popular toy in the Overwatch universe, but fans love them so much they keep showing up in other places! Roadhog and Junkrat steal a bunch in their Moment in Crime opening animation, they had an event in Heroes of the Storm, and one of them is on the Junkrat payload.

commented on Oh no: These new Overwatch Pachimaris are here, and they’re cute from Heroes Never Die, Aug 10, 2018, 4:09pm EDT

I definitely think there’s a lot of room for improvement! I’m totally fine with stories like the Chronicle books, which are gorgeous and provide a great lore recap/summary/introduction, but I’m hoping we see more in-game content being in-game. I’m really glad you enjoyed the article – thanks for your thoughts!

commented on World of Warcraft’s storytelling is at its best in the Battle for Lordaeron scenario, Aug 8, 2018, 4:56pm EDT

It’s intriguing because Blizzard seems to be making some moves towards a new faction/viewpoint for the Forsaken… but most of that seems to be in the book Before the Storm for now. It’ll be interesting to see if that story comes into the game!

This has been corrected, thank you!