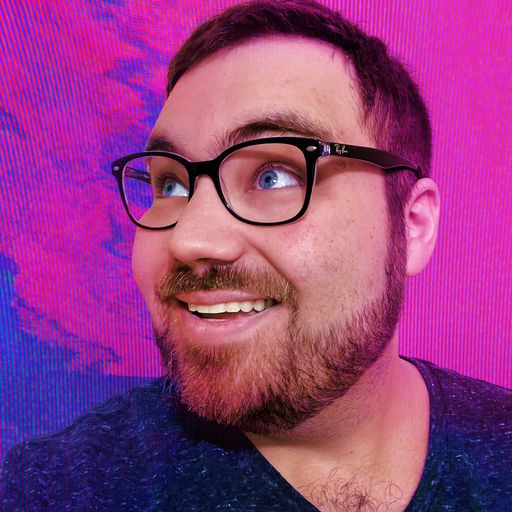 Ryan Gilliam is a News Writer at Polygon. He mainly works writing news and guides for games that update constantly, like Destiny and World of Warcraft. Before Polygon, he wrote for The Rift Herald, a League of Legends website created by SB Nation and Polygon editors.

I think this is the ideal situation and I’d recommend it to someone with plans like this. If you want to play a level or two a night, it’ll be a bunch of fun.

It just opens so strong, with so many surprises and delights, and then stops doing that for the back 60% or so. I still enjoyed it as a Kirby fan, and it’s by no means "bad."

Someone on my day 1 clear squad just started calling Black Garden "Italy" and it stuck, even though the colors don’t quite work and aren’t in the correct order

(I also never understood the hate there. Zavala was clearly pained about losing Cayde, but he was right. Getting the entire Vanguard to run off and try to avenge him a year after the biggest attack on the city in recent memory wouldn’t solve anything)

The Wire is one of, if not the greatest television shows of all time. I love Zavala, but it’s what people SHOULD remember Lance for

Based on what we know is gonna happen next week, it really makes you wonder why she left him alive? Is it part of her plan? Hubris? Very curious

Supposedly, it should be coming to PS5 early this year, alongside Cyberpunk 2077.

I laughed at it alone in my office, I assure you

It just looks like they’re holding one. It’s actually the shoulder pads mentioned above.

It straight up skips mini-games where it’s only CPU players involved, or solo games where they’re grabbing items. It rules.

It’s somehow even more linear than Mass Effect, but there are some major similarities. I ran by to check how everyone in my crew was doing between missions!

commented on Marvel’s Guardians of the Galaxy is the biggest surprise of the year, Oct 25, 2021, 9:47am EDT

Always used the campaigns like this as well — even back in the day, when I was really into multiplayer, the campaign was always what I came to Halo for. But I think the thing about the Academy here is that free-to-play aspect. I will use the hell out of these weapons in campaign before I ever touch multiplayer. But I didn’t have the chance to do that in the beta and there are tons and TONS of players who will dive straight into multiplayer. And it’s a lot easier for them to dive into the Academy to see all the guns that do what I did when I was a kid and use Forge.

I agree regarding the campaign. I just think this is great option for folks — especially since it can take hours to reach some power weapons via the campaign.

The time-gated aspect of Synthstrand was definitely a major frustration for players, especially those that don’t want to spend that much time playing all three characters each season. But yes, the 30 Synthweave seasonal max is still a major problem that can, of course, be bypassed with cash.

Cid is my favorite Disney character, I don’t know what you’re implying here?

(I know Cid and his many origins now, but def didn’t when I was a kid playing these games)

Yes! Please continue to recommend runs! There are a lot of great ones out there, so please share what you’ve found.

I had to go test it myself to make sure I wasn’t making it up!

That’s a theory I’ve seen as well. But the bullets are blue when you shoot them into enemies or walls and have a icy trace behind them, similar to Arc weapons. Kinetic bullets usually have a warm orange when they hit the wall. Solar does too, but there’s a flame spurt after. Void weapons leave purple traces. Standard kills with the non-charged rounds also count as Stasis kills for the Stranger’s "kill enemies with Stasis" weekly!

Here to say: It’s both

Hard to say without it being fully out there. But the game does structure itself into Village or Hub quests, with Hub quests being more difficult/multiplayer focused and Village quests being purely single player. There are also a lot more options to get into multiplayer with friends, from what I saw. I didn’t experience anything like World’s uber-clunky watch a cutscene then SOS your friends, problem. But again it’s hard to say without more people playing and looking for randoms. What I played was pretty smooth.

Other than a small handful of multiplayer hunts — none of which progressed my story — I played the game entirely solo for review. So everything you’re reading here is actually from a solo perspective, and I completed every story hunt on my own just fine.

For those curious, the multiplayer hunts went very smoothly as well, so the scaling seems on point for Rise.

Fixed! Too much Norse myth. Thanks for pointing it out.

Not blazing. The gaming TVs are pretty quiet. Usually enough to hear a "you solved the puzzle" chime in Zelda, but not enough to hear the soundtrack.

commented on My living room has three TVs and is the harbinger of human evolution, Mar 1, 2021, 12:21pm EST

After playing a bit of Age of Calamity (and watching my wife play a LOT of Age of Calamity), it’s very different from Strikers. The combat is similarly combo-based, but Persona has much more story and the actual mission variety is completely different. Everything I’ve seen in Age of Calamity is some kind of defend the battleground or kill X number of enemies, but the Jails in Strikers are more like Palace-lights from Persona 5.

I’d check out a stream or something of the first hour. But if you’re worried about it being too similar to Zelda, I wouldn’t be concerned.

With the game being free to play and seasons having very cheap buyins, the game is absolutely worth playing still. A lot of the complaints tend to come from players — like myself — who’ve exhausted the content by playing the game and keeping up with it since launch. As a new player there is SO much to do and get that it’ll take months before you get frustrated by the lack of content or a poor implementation of a new mission like this one. Destiny is always worth trying, in my opinion.

commented on Why Destiny 2’s newest secret mission fails to capture the magic of The Whisper quest , Jan 29, 2021, 3:45pm EST

I have similar concerns, but my biggest frustration is this is the closest thing we’ve gotten to those two missions in years. And while it is slightly different, I personally believe it’s meant to evoke a similar feeling. And I don’t find it successful.

commented on Why Destiny 2’s newest secret mission fails to capture the magic of The Whisper quest , Jan 29, 2021, 1:57pm EST

I’ve gotten Okami as a recommendation but I’ve never given it a full playthrough. Maybe now is my moment! And good luck to you as well.

That’s great! When it comes to mental health, nothing is universal. But going back to comfort food games have always helped me.

Diablo 3 is an infinitely scaling system, so it works very differently.

World of Warcraft is also a tough example too, because it has a static loot system. Gear you get from a Normal raid is item level 200. Period. If you want better loot, you don’t go do normal again the next week for 202 gear like in Destiny, you run Heroic or Mythic for higher tier.

So Sunsetting isn’t something that has to happen in either game. Diablo is, more than Destiny, all about exploding with power and scaling up and up and up as the enemies rise to meet players (mitigated by its endlessly scaling dungeons as well). And weapons and Trinkets get sunset in World of Warcraft every time a new tier comes out. Because, for the most part, items with higher item levels are objectively better. It’s statistically impossible that someone could grab Ragnaros’ hammer from Vanilla and use it in any modern context.

So part of the reason sunsetting has to exist in Destiny is because gear drops on an average and because players can infuse old gear up to their level. So without capping, something from 3 expansions ago could be the best gun in the game forever.

Yes. Unfortunately going through everything I do to get raid ready makes for quite a boring review. Torghast is important. The Maw is important. But the point here is to say that all of these things have a cap. Legion is still my favorite WoW expansion, but the infinite grind made the idea of just Heroic raiding with a guild really tough. Everything in Shadowlands has a cap. Renown is the most important cap, so I focused on that one for this review.

You can still go to Forsaken and the Moon locations without the expansions. The only thing they get you now are the missions and Exotic quests — most of their other weapons can’t be leveled up to Beyond Light levels.

I’d recommend you pick up the New Light Guardian mission from the kiosk next to the postmaster in the Tower. Play some of that, and then pick up Beyond Light if you enjoy it. Then if you get bored or really want some old Exotics, take a look at picking up Forsaken and Shadowkeep. Some really good content in both of those, but definitely not needed at the moment.

They’re toying with this idea that things aren’t as they seem. There have long been people (Drifter, etc.) who don’t trust the Traveler. The Darkness is playing on that. In Beyond Light, they do a pretty good job of towing the line there and leaving things open for the future. But yeah, they justify it through the narrative.