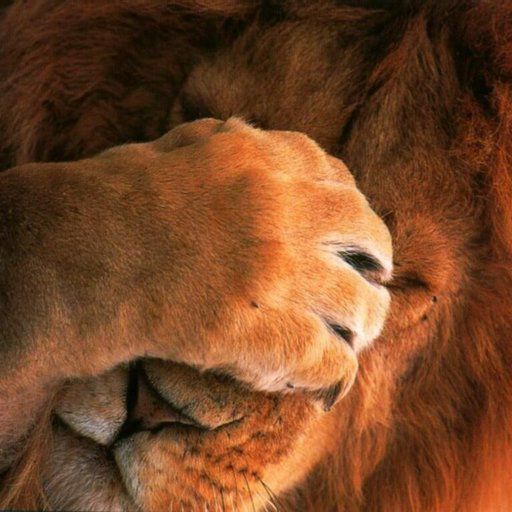 He’d definitely be able to run out of that situation fast… unless he wanted to hang around for the spanking.

Agreed. If it’s meant as a key theme or idea, it’s way too elliptical.

I think there’s an explanation for that, which maybe I should find a way to put into this piece — the very end of WandaVision has her studying the Darkhold, and hearing her imaginary children screaming to her for help. If that was a manipulation from the book — and the screenwriter says it was — then her focus on her kids comes from the fact that the Darkhold is making her think they’re in trouble and they need her, which explains her ferocity. I don’t think Multiverse of Madness does enough to clarify and underline that, but there are at least hints there.

This is entirely my fault for a bad edit. Thanks for the note, I’ll tweak it.

commented on Sam Raimi on how he let Doctor Strange audiences ‘build their own nightmare’, May 9, 2022, 12:22pm EDT

commented on Doctor Strange in the Multiverse of Madness: our spoiler-free review, May 6, 2022, 5:53pm EDT

I mean, if they smell like family the way the Fast & Furious crew smells like family, that’s still mostly sweat, smoke, and whatever nitro smells like.

commented on Star Wars needs its new characters so much more than its endlessly recycled ones, May 3, 2022, 6:51pm EDT

commented on Star Wars needs its new characters so much more than its endlessly recycled ones, May 3, 2022, 6:50pm EDT

I’m all for more throughly baked ideas, but I’d argue that you wouldn’t associate Star Wars so exclusively with Vader and Luke and lightsabers if the series didn’t keep endlessly cycling back to that imagery, as if there couldn’t be more to this galaxy. It’s a huge galaxy, and the Sith and Jedi are such a tiny part of it!

commented on Star Wars needs its new characters so much more than its endlessly recycled ones, May 3, 2022, 3:34pm EDT

I admit I’ve never been a steady Star Wars gamer, and I’m not equipped to speak to how the more narrative games create new characters or use old ones. And I’ve only read a handful of the novels, though my impression has always been that they’ve had a lot more freedom to deal in new characters. Here, I’m largely talking about the movies and TV.

commented on Star Wars needs its new characters so much more than its endlessly recycled ones, May 3, 2022, 3:18pm EDT

Given some of the other things he’s said during the press cycle for this film, about how he can’t bear to look at The Witch anymore (surely one of the most meticulously designed for historical accuracy horror films ever made) and how editing The Northman was the worst period of his life, I suspect anxiety, self-deprecation, and wry humor are all just part of his personality. Just a guess on my part, though.

Thank you kindly, and also, I love awesomely weird movies.

Also, I’d argue that at least a little plot summary is necessary here for non-obsessive Bat-fans, because it can be a little hard to remember what happens in which Bat-movie, especially given how often the origin story has been re-told with only minor tonal and content tweaks.

For people who are exhausted by this trend and are generally interested in the evolution of pop culture, I highly recommend the Glen Weldon book I’m citing there — it’s entertaining and informative, but it’s also really thorough and thoughtful about how fandom has shaped and warped Batman and especially the Batman movies, and it really made me examine our current fandom movements differently.

commented on The animated heist movie The Bad Guys steals from all the right places, Apr 22, 2022, 4:19pm EDT

I admit I’m pretty dubious about that still. It suggests the animation is going to look pretty Dragon Prince-y, which is a style I eventually got used to for that show, but Nimona is so tied to Stevenson’s art style for me that it’s jarring to see the character done completely differently. Still, I’m so glad this project is moving forward — and with a studio that won’t shy away from the central love story.

Pretty rare that I laugh out loud at a comment. Applause.

No, which is pretty typical for A24 — they really lean on their theatrical windows for maximum impact. I wouldn’t expect it on streaming for at least a few months.

commented on Everything Everywhere All at Once is a multiverse masterpiece, Apr 1, 2022, 4:10pm EDT

It’s a book excerpt, which we’ve done a fair number of because people like to read samples of things. Sometimes we do Q&As with the author, sometimes just put the excerpts up on their own, sometimes put them up with an author statement like this one. This isn’t a paid promo, it was solicited by an editor here who loved the book and wanted more people to see it, but it wouldn’t have been appropriate to put her name on this since she didn’t write either the excerpt or the author’s statement.

You’ll find more book excerpts like this here. It’s generally how we approach covering books we’ve read and liked, or books whose authors we love, rather than posting reviews.

I’ve always taken that anecdote with a huge grain of salt, for so many reasons — the first being that Harlan Ellison’s writing was never Disney-friendly in a way that would make them hiring him make a lot of sense, and the second being, well, everything else about that anecdote. But if for experiment’s sake, we take it all entirely literally, I’ve always seen it as more of a self-effacing story he tells about his own inability to shut up, read the room, or stop playing class clown in inappropriate settings than a story about Disney being stuffy or fragile or otherwise making the wrong call here.

I get your point about it seeming at odds with a piece about nuance and sexuality in movies, but to me, that intro made the point that this is how cinema’s mainstream gatekeepers have always seen sex in movies, as something utterly inappropriate to be swept under the rug, whereas it’s always been the indie artists and distributors latching onto the taboo elements of adult behavior (not just depictions of sex, but drug use, gay life, and more) and putting it on screens for a more-than-willing audience.

Did it get a lot of shit online for how it looked? Or did that one tweet complaining about Mei and calling her "it" just get a ridiculous amount of pass-around and suck the air out of the conversation? I’d love to see Bad Takes getting less attention, every time something like that tweet or the CinemaBlend review comes along it turns into half the conversation about a movie, even though it’s just one bad opinion that everyone feels a need to refute.

Agreed, and I say that as someone who loves where the show ends up going. (I’ve seen the whole thing via advance screeners.) Which is exactly why I wrote about it the way I did.

She’s a lot of fun on the show. It’s also clear she’s having a lot of fun. I wish you were too.

I had the exact same reaction, which is a big part of why I wrote this! I just don’t think that first episode in particular sells the rest of the series very well.

Re: Whether we see his parents die in this film, there’s no death scene or flashback to it, and no slo-mo flying pearls from Martha’s necklace, which I personally found to be a huge relief. So tired of that image, to the point where I thought the best thing about Teen Titans GO! to the Movies was when they mocked that trope specifically.

Welllll… I’m with you on some of this, but Phil’s merciless bullying and abuse of Rose is not excused by him being closeted and having to deny part of his identity. He is profoundly ugly and abusive to her and to Peter, and the fact that he’s doing it because he’s trying to outsource his pain doesn’t keep him from being a villain, especially to Peter, who’s watching his mother being deliberately, consciously destroyed in front of him.

Oh, I think Momoa’s presence as a complete standout is very deliberate and significant — there’s a reason everyone in this film loves him, and a reason they send him off to handle the diplomacy, and it’s because he hasn’t been trained out of emotion, and he comes across as honest and approachable and enjoyable to be around. He’s charismatic. I really liked how little he fit in among the Atreides, and therefore how natural it seemed that he’d happily go off and just hang with the Fremen and be accepted there.

And such vivid, interesting characters, too.